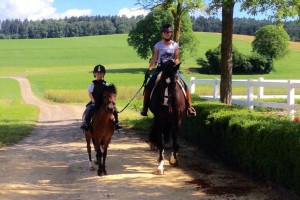 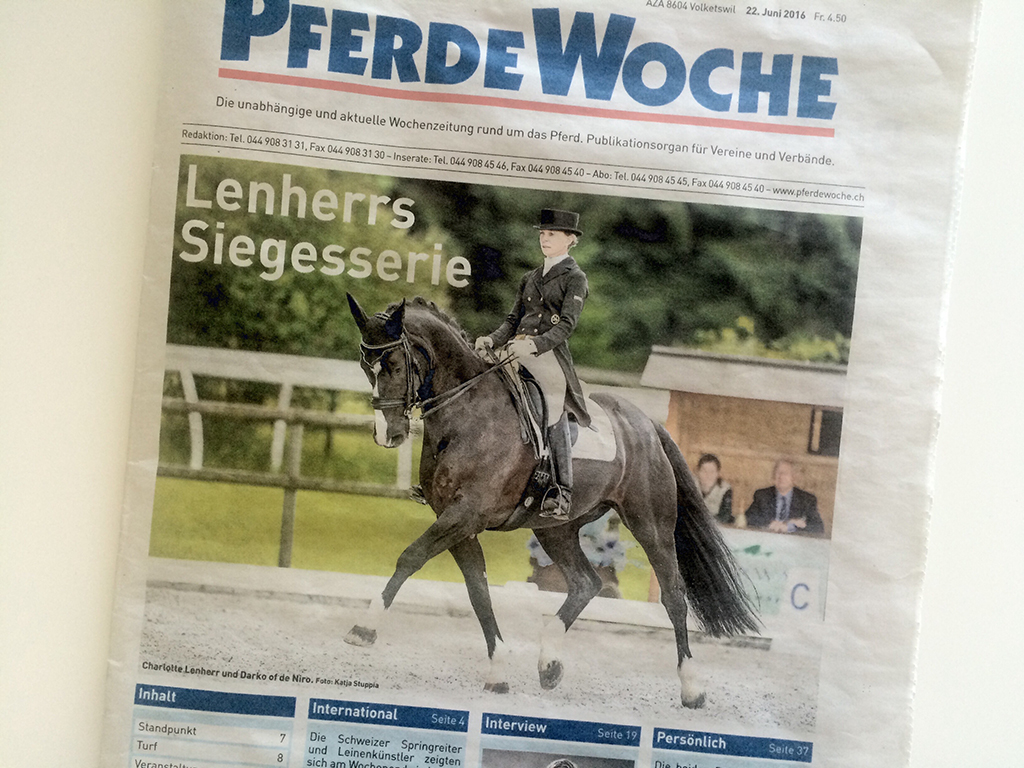 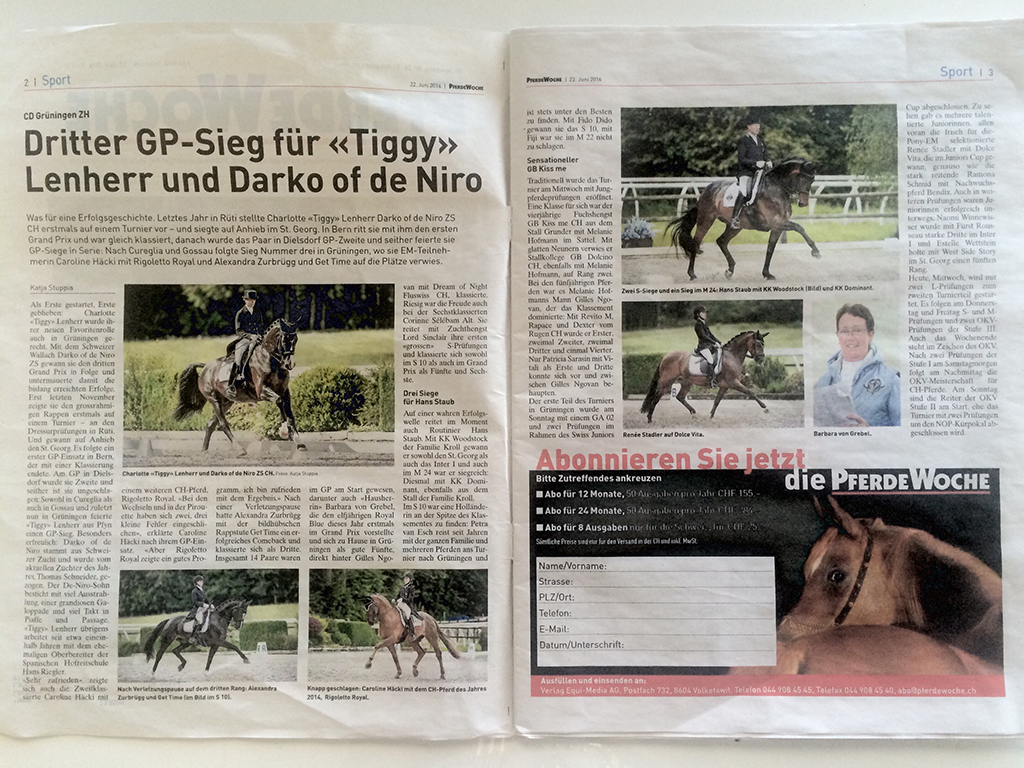 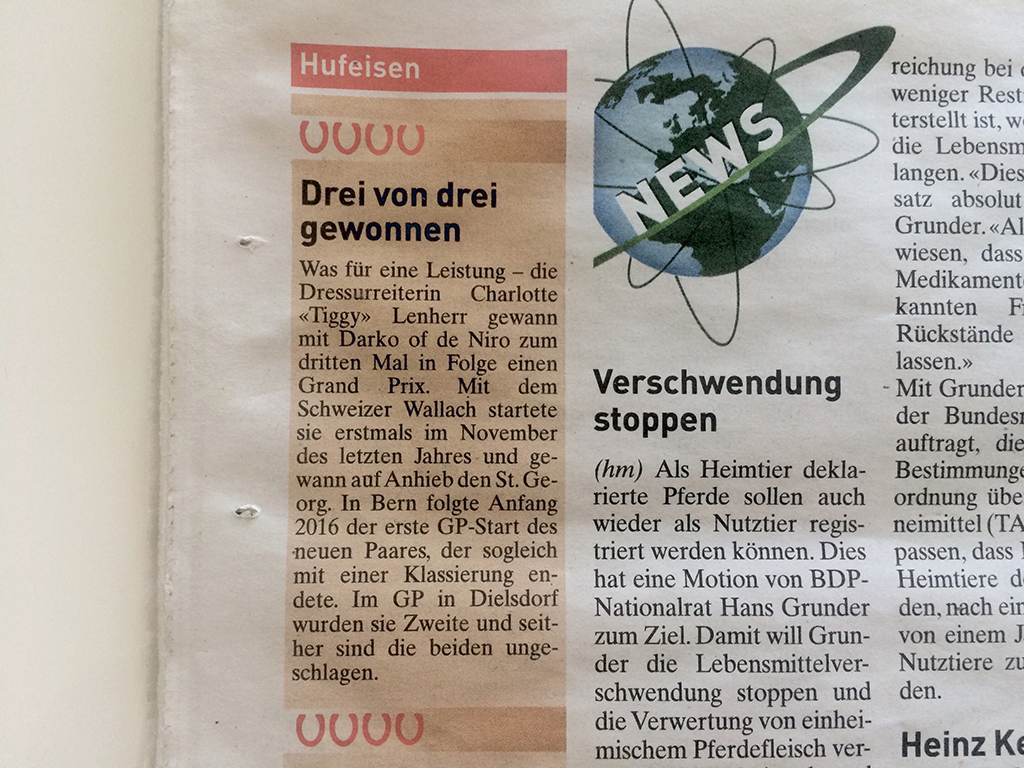 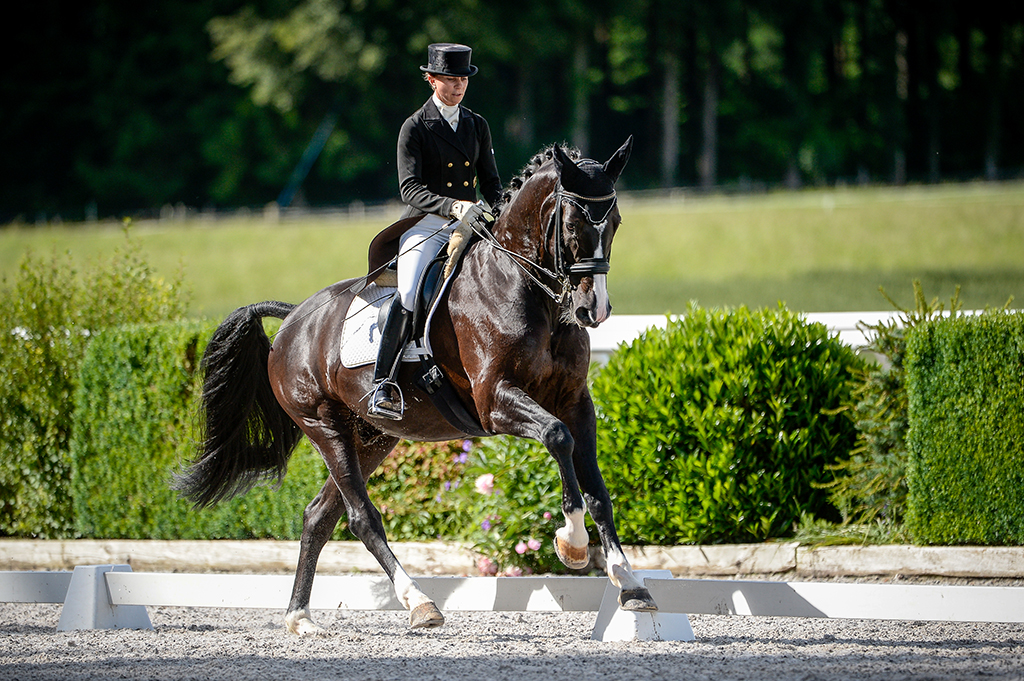 Also Sacre Fleur went very well and was placed 4th in the M22. 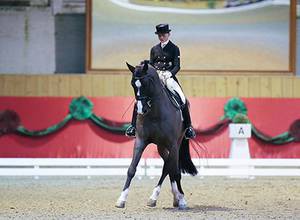 Tiggy and Darko of De Niro did their first competition together and won!

Prix St George with over 73%. Well done to them and the owners Mauz and Thomas Zellweger.

We congratulate Naomi Winnewisser to her big success at CDI Vidauban. Wiht Fürst Rousseau she placed 3rd and 5th, and with Doberdo 7th. For Doberdo his first international outing. Well done!!

The end of a very successful pony carreer. Since Tiggy took over the management of Naomi and Diamant in 2011, we’ve been able to enjoy many wins and placings.

Many wins and placings internationally with scores up to 75% Numerous placings at shows nationally and alot of happy times and memories!

We congratulate Naomi and Tiggy for this impressive success story!